Deal ends in:
GET THE DEAL
trending_flat
All Features/Updates Integration Hey hey hey there. At the time of writing this post there is an update happening with Google Hangouts. This update first and foremost DOES NOT effect EasyWebinar at all. Why? 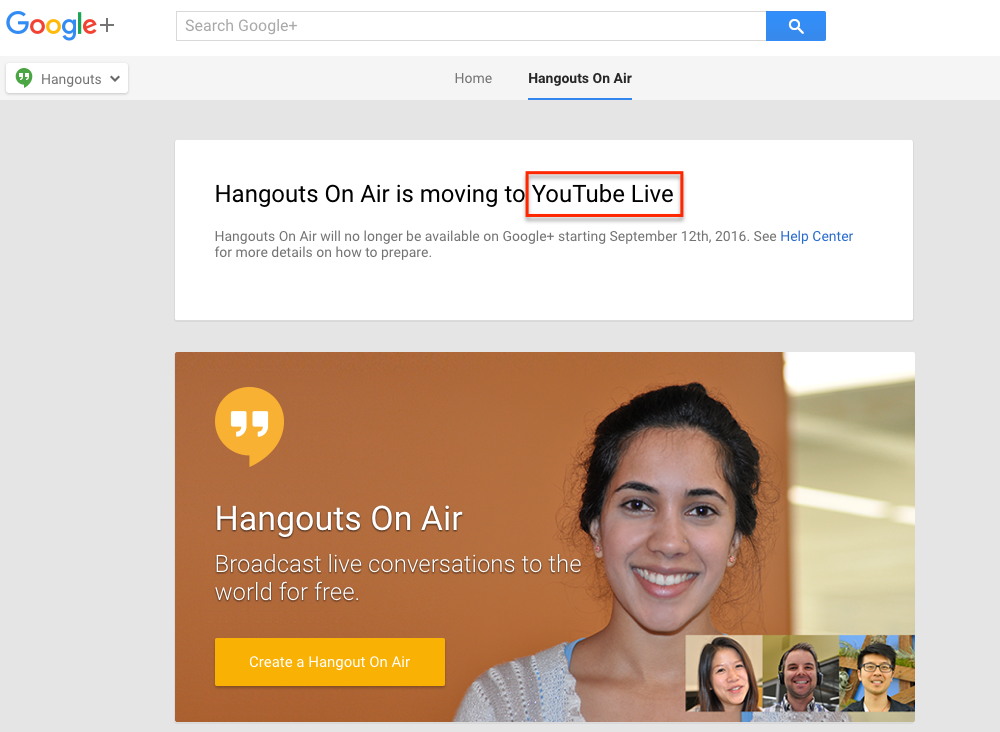 So has anything changed? Nope nothing.

In fact we always knew the weird integration of Google+ and Google Hangouts on Air was discontinuing. We knew it last year when YouTube announced their push for live video which was starting with a deeper integration with Google Hangouts from the back end of YouTube more so then from the Google+ application which is frankly losing steam anyway. At the moment this is the easiest way to start a Live Event with EasyWebinar using YouTube Live/Google Hangouts. Watch this video above to learn more! Plus get a sneak peek at the new EasyWebinar 5 that is set to roll out very soon. Have questions? Leave us a message below!